“Among orchards, gardens and olive trees tamed by the loving art of pruning, paths wind through the hills so peacefully that they seem to have been forgotten, where one makes their way amidst marvellous discoveries of things that are both always the same and always unexpected”.

Chianti, famous for the vineyards from which the area’s world-famous wine is made, is a succession of charming hilly landscapes straddling the provinces of Florence and Siena, Arezzo and the Colli Pisani.
Always considered the ‘heart of Tuscany‘, it is ‘inhabited’ by rows of vines, oaks and holm oaks, chestnut woods and medieval villages where time seems to stand still. In every village you’re more than likely to come across wine cellars, castles, fortresses, parish churches, country houses, farms and characteristic wine shops. The views are rewarding. Framed by the silvery colour of the olive trees, the perfect geometry of the vines, the country lanes bordered by cypress trees, the fields of broom at the foot of the woods, they feature striking landscapes that have been photographed and printed on postcards and calendars sent all over the world, inviting everyone to explore this paradise. It is no coincidence that this land is referred to as ‘Chiantishire‘, or the county of Chianti, because of the large number of foreigners, not only English, who reside here permanently. Every season is a good time to visit this area, which is an ideal destination for cultural trips, making a dream of love come true and organising any kind of event. Spring and autumn are the best times, when the landscape looks characteristically Tuscan, the climate is mild and the countryside blossoms in all its beauty. In summer, this is the right place to relax. In autumn, festivals and events linked to the local traditions, history and culture of wine and good food liven up the villages and towns. In ancient times, Chianti was more mountainous than hilly: rich in woodland, water and game, it was not easily accessible, due to its location on the outskirts of the area linked by the main communication routes, an aspect that partly protected it from the great barbarian invasions after the fall of the Roman Empire. From the Middle Ages to the Renaissance, this land was often a battleground, fiercely contested by the Communes of Siena and Florence. After the wars ended, some valleys were cleared and used for agriculture. Its name can be attributed to the municipalities of Gaiole, Radda and Castellina (known as “in Chianti”), territories that formed the ancient “Florentine Military League of Chianti”, whose emblem was the Gallo Nero or Black Cockerel. Today, partly as a result of the law on the designation of wines, the municipalities of San Casciano and Tavernelle in Val di Pesa, Greve, and part of Barberino in Val d’Elsa, as well as the Sienese municipalities of Castelnuovo Berardenga and Poggibonsi, also bear the “Chianti” DOCG label.

Departing from Florence, the gateway to the Chianti hills is Impruneta whose most famous monuments are the crenelated 13th century bell tower and the Basilica of Santa Maria. Heading towards Siena, a must-see attraction is the ancient medieval village of Greve in Chianti (towered over by the Castle of Montefioralle) with its unique triangular square overlooked by palaces, porticoes and loggias, all converging towards the Church of Santa Croce.
Not far away, we come across Volpaia a picturesque medieval village, and Radda, built near the 14th-century Church of San Nicolò and the majestic Palazzo Pretorio dating from around 1415. Continuing our journey, we come to Gaiole, which affords one of the most famous panoramas in Italy, and hosts countless farms and castles, including San Leonino and Fonterutoli. After passing Siena, we come across the 13th-century town of Monteriggioni built on the top of a hill and surrounded by imposing walls, Castellina a Sienese outpost of Etruscan origin with its central square crossed by Via delle Volte, of medieval origin; and finally, Poggibonsi where every year, in autumn, the ancient grape-pressing activity is revived in the hilly areas, and Montespertoli. It is impossible not to mention the Badia a Passignano, the beautiful and ancient seat of the Lega del Chianti, and the Castle of Brolio, the former residence of the Grand Baron Ricasoli, the father of modern winemaking. In the Chianti region, gastronomy is synonymous with quality, the identity of the territory, working with the products of the land, unique flavours; it stands out for its simple and natural ingredients and for its respect for traditions. The star of the region’s starters is the bread with which the famous “Panzanella” dish is made, rich in tomato, onion, basil and cucumber, not to mention “Fettunta“, when it is drizzled with fresh olive oil, and sprinkled with garlic, pepper and salt. Olive oil is the king of the table, bringing with it all the freshness of the hills. But the Tuscan dish par excellence is “Ribollita“, a soup made with bread, cabbage, beans, spinach, tomatoes, stale bread, and pork rinds, all mixed with olive oil and seasoned with pepper and salt. 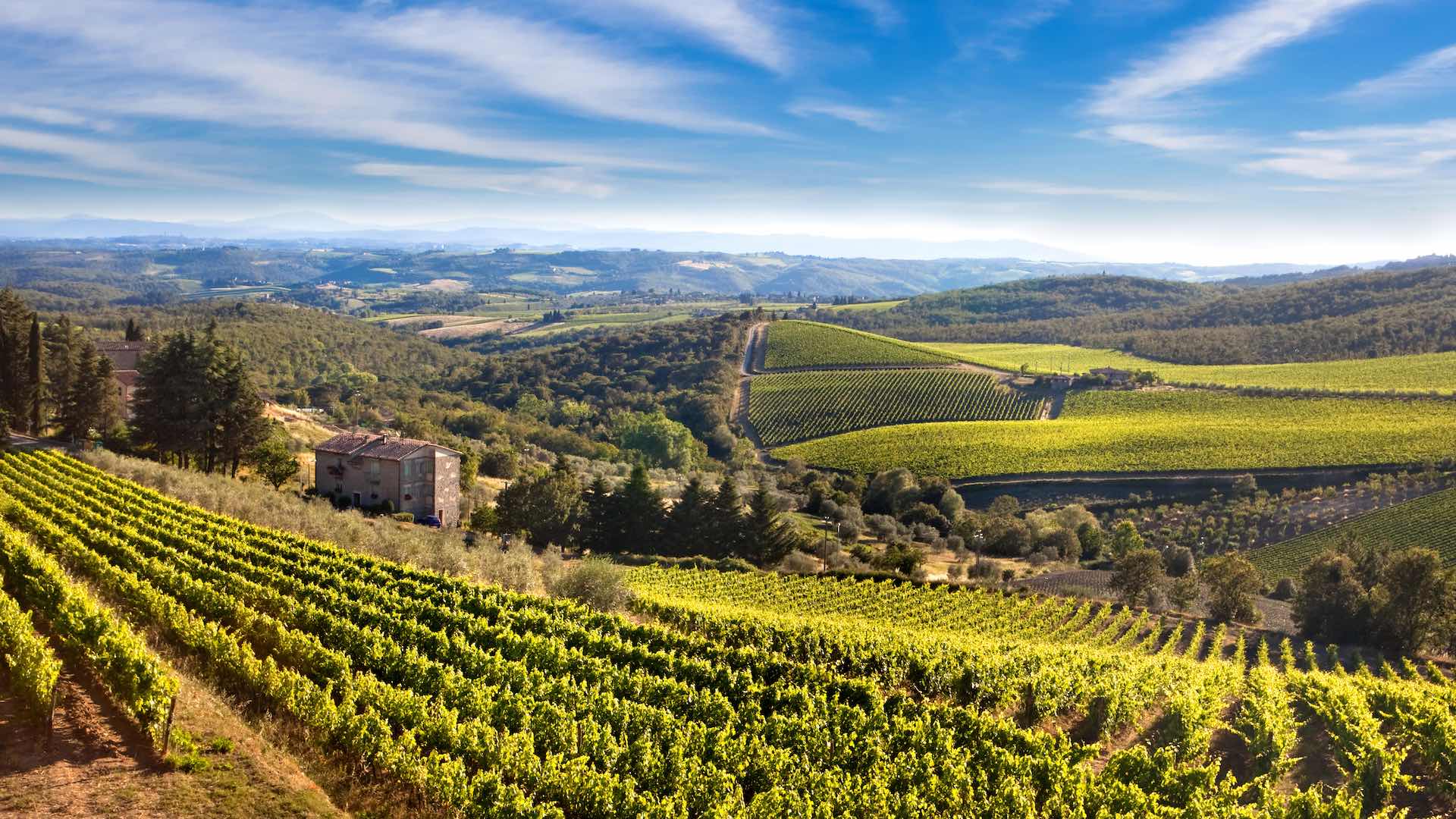 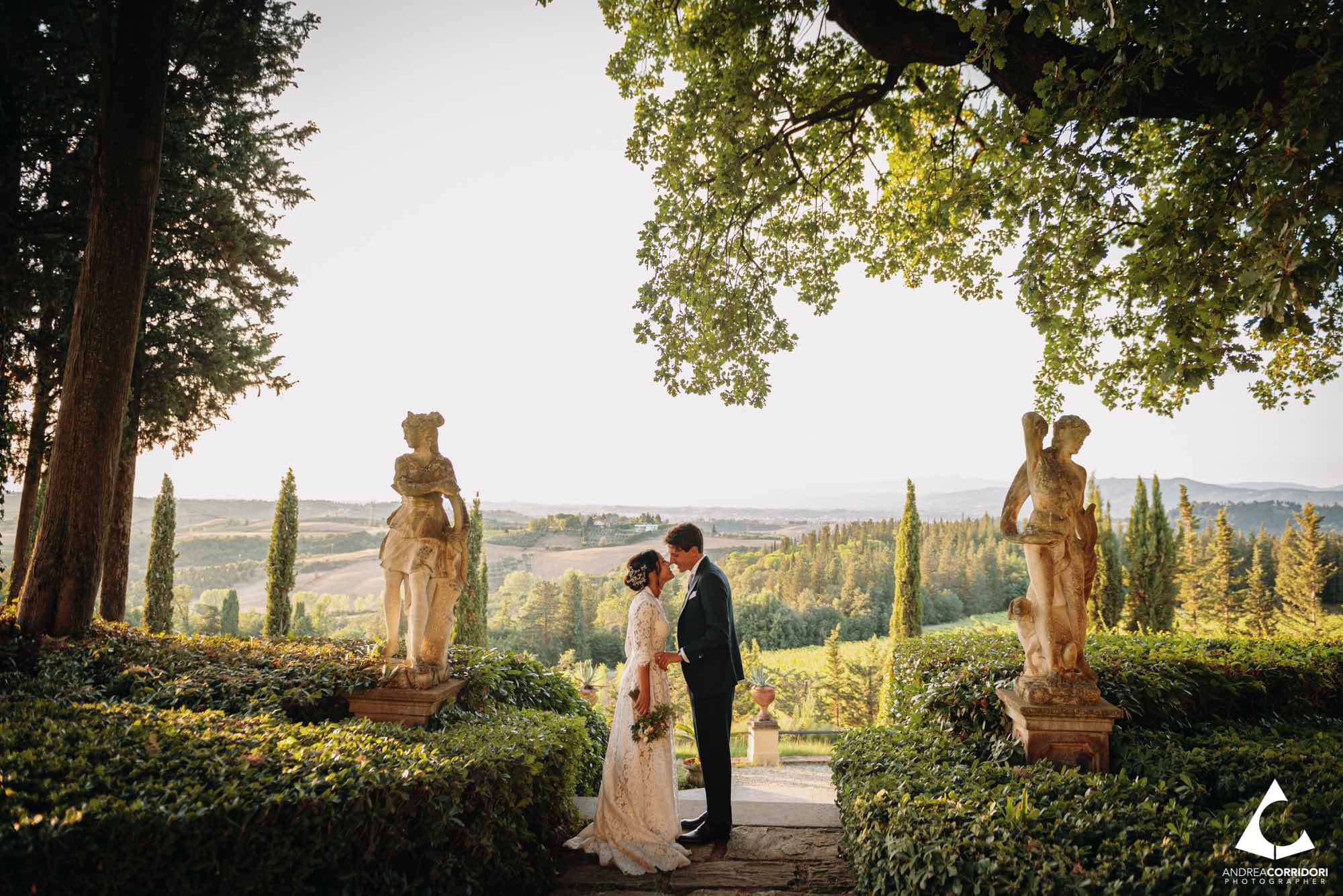 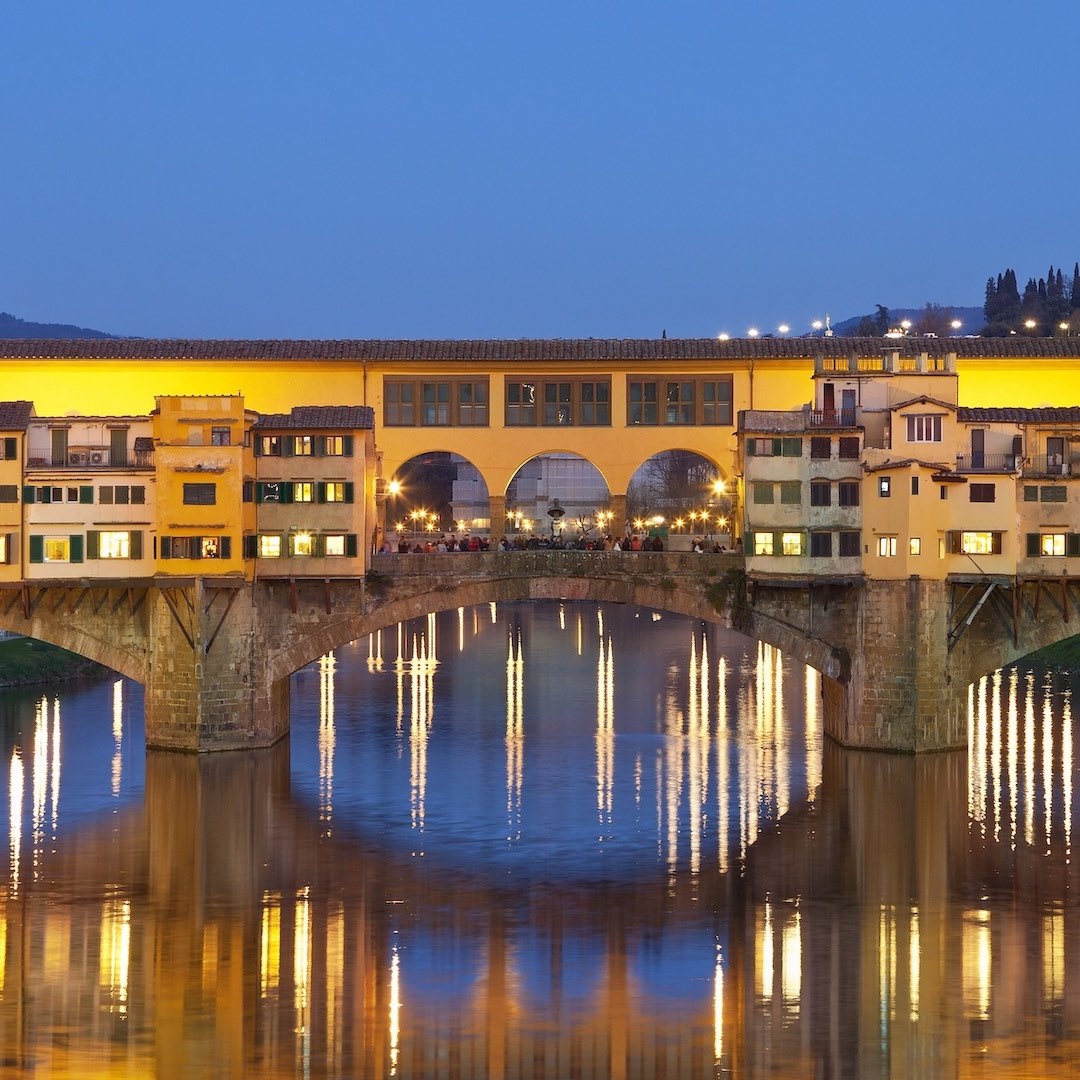