“There is the Sienese earth, which is the colour that painters call Terra di Siena (Sienese earth), and you can find it in women’s hair, in the clouds, in the crowns of the trees, in the sky itself, in that earthy sky where the clay of Asciano undulates because of that virtue that the Sienese have of mixing heavenly things with earthly things and of remaking the sky with the same material of which the earth is made”.

Siena, the Crete Senesi and the Val di Merse

When we talk about Tuscany, our imagination immediately takes us to a magical and surreal place where an isolated farmhouse, perched on a hill, is accessible via a long avenue lined with cypress trees. It feels like being in a ‘lunar landscape‘ inhabited by so-called ‘biancane’ areas known as the Crete Senesi, whose origins date back to the Etruscans. An idyllic country landscape in which the boundaries of the ancient medieval town of Siena fade away as they once did into the countryside: a breath-taking landscape of barren, gentle rolling hills, solitary oaks and cypresses, isolated farms on hilltops, naturalistic stretches of woodland inhabited by squirrels and Muscovy ducks. Welcome to Terre di Siena! The Terre di Siena area includes Siena, a UNESCO heritage site, the area to the south-east known as Crete Senesi, a name derived from the clay (or chalk) present in the soil, which gives the landscape its characteristic grey-blue colour, and the Val di Merse, located to the south-west of the city of the Palio. The Sienese territory has always also enchanted tourists from all over the world with its food and wine, made with home-grown ingredients: a combination of taste and tradition expressed in ancient recipes and products of excellence such as oil, wine, cold cuts and cakes and biscuits such as Pan co’ Santi, ricciarelli and cantuccini. Equally popular are historical dishes such as crostini with spleen, bean soup, pappardelle with hare, and Chianina meat, a prized breed of cattle typical of the Siena area, whose steak is particularly tasty. The Sienese countryside is also home to some of the world’s most famous wines such as Brunello di Montalcino, Nobile di Montepulciano and the reds of Chianti. The Terre di Siena also host spas, art, culture, spirituality, and that genuine welcome that has made Tuscany one of the most famous places in the world. The Terre di Siena are the perfect setting to celebrate love and to organise a wedding reception thanks to the many charming locations, surrounded by endless hills, where the culinary excellence of the territory is as admirable as it natural and architectural beauty. Medieval villages, ancient castles with breath-taking views, characteristic agritourisms, historical palaces, monumental churches and abbeys all make this area unique. 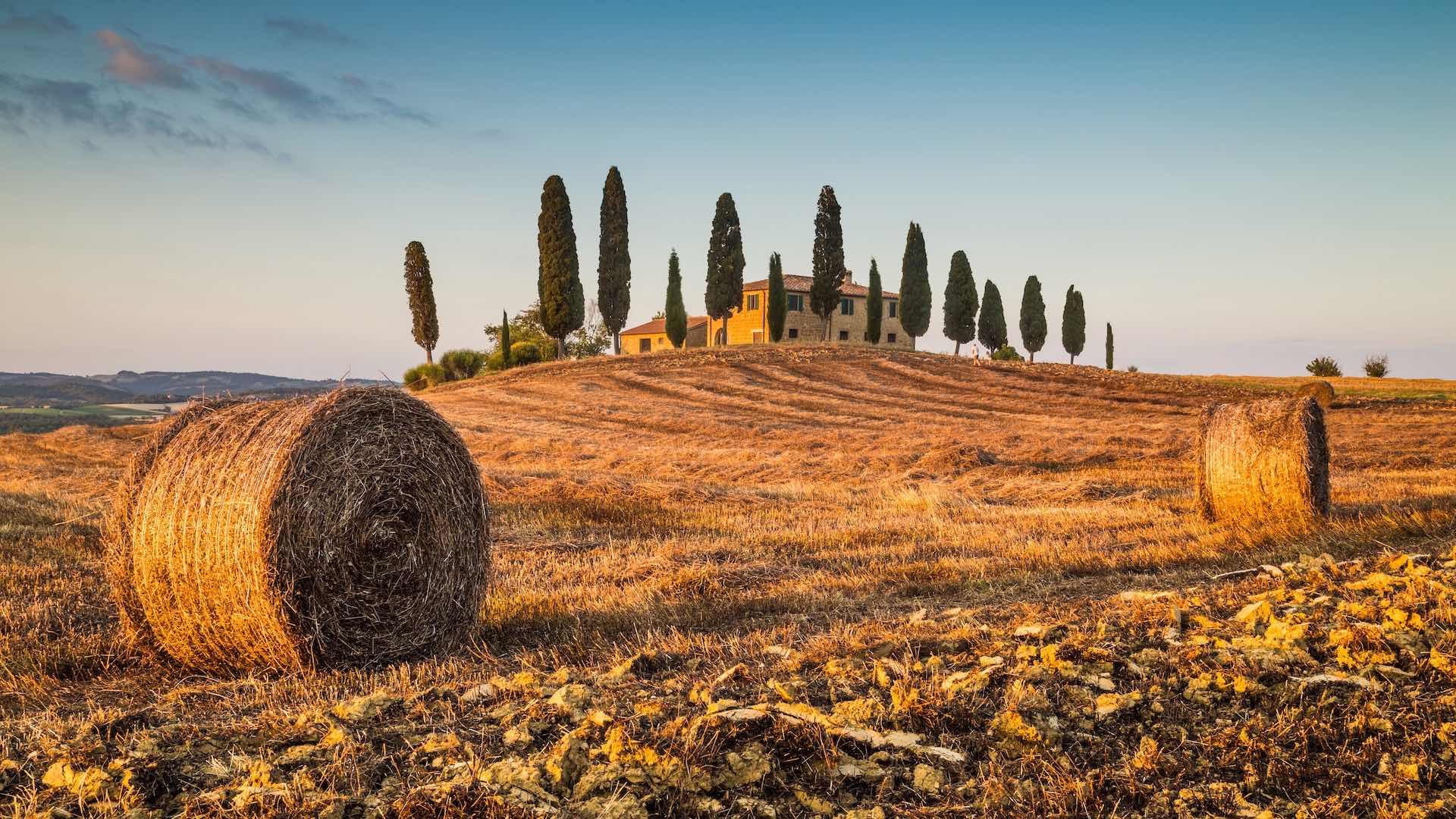 In the heart of Tuscany, perched on a hill, stands Siena, one of the most beautiful medieval cities in Italy, known throughout the world for its extraordinary historical, artistic and landscape heritage, and for the particularity of its urban design. The city’s main attraction is Piazza del Campo, with its distinctive shell shape, where every year, in July and August, one of the most important events for all the residents is held, the Palio di Siena, a passionate horse race whose origins are thought to date back to the 17th century. Piazza del Campo, the heart of Siena since Roman times, features a pavement of the square divided into nine sections depicting the Virgin’s cloak, which was made during the rule of the Noveschi, a semi-democratic group in power between 1287 and 1335, the period of maximum economic and cultural splendour of the ancient medieval city. Piazza del Campo is overlooked by Palazzo Pubblico and the Torre del Mangia, which, like Siena Cathedral, were built during the Noveschi rule. The palace still houses the offices of the municipality, similarly to Palazzo Vecchio in Florence. The inner courtyard of the Palace leads to the Civic Museum, which houses some of the most beautiful paintings of the Sienese school, and the Torre del Mangia. Siena is largely as it was in the 14th century and the preservation of its unique and authentic medieval architectural heritage is one of the main reasons to visit. 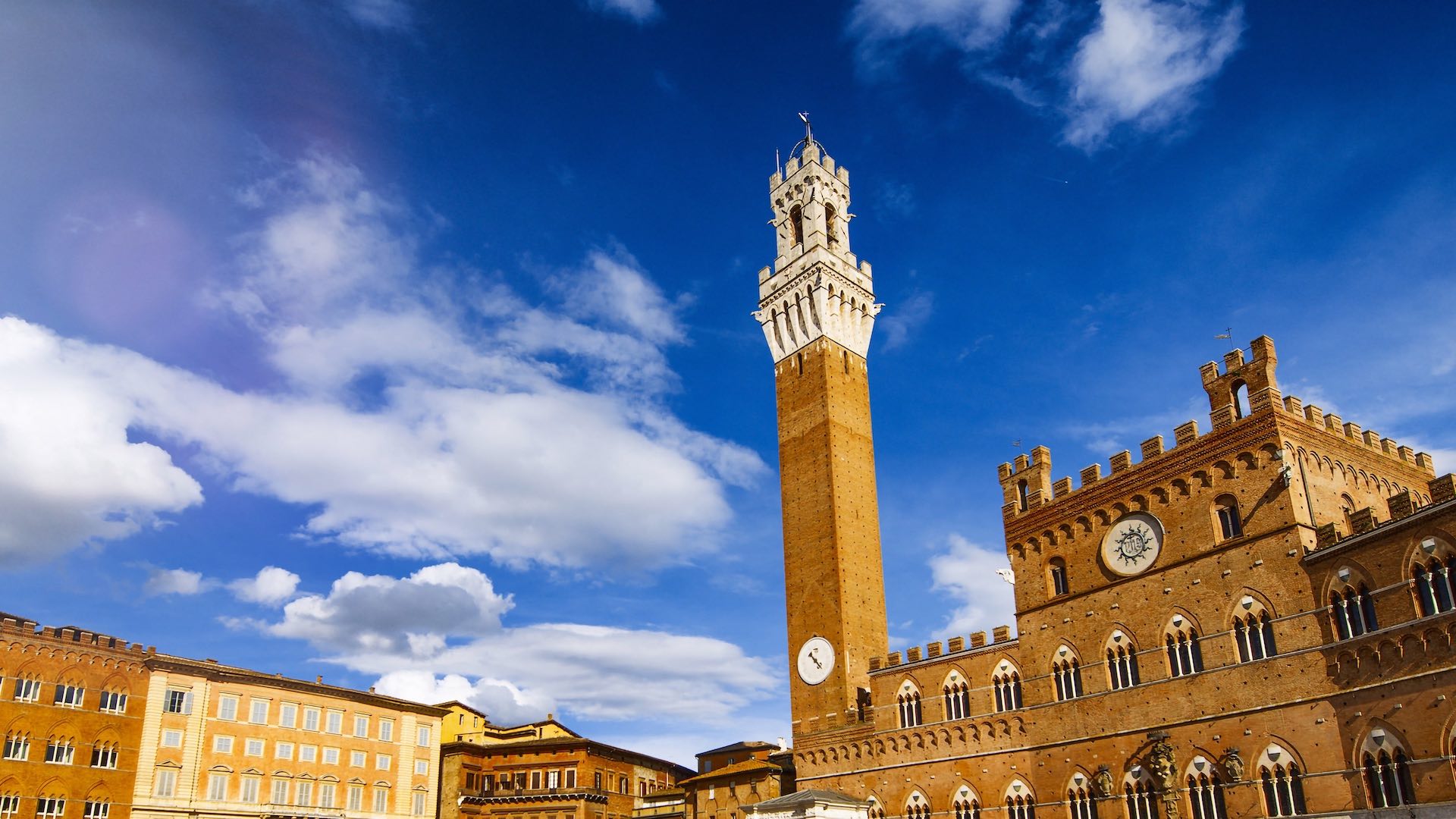 The territory of the Crete Senesi, which embraces the municipalities of Asciano and Rapolano Terme, is characterised by an endless succession of biancane and gullies. The former, recognisable by their typical white dome shape, which shine on sunny days, are concentrated, in particular, along the Via Lauretana, between Siena and Asciano. The gullies, on the other hand, characterised by deep ‘knife-like‘ furrows in the ground, can be admired between Asciano and Rapolano Terme and in the area near the Abbey of Monte Oliveto Maggiore. 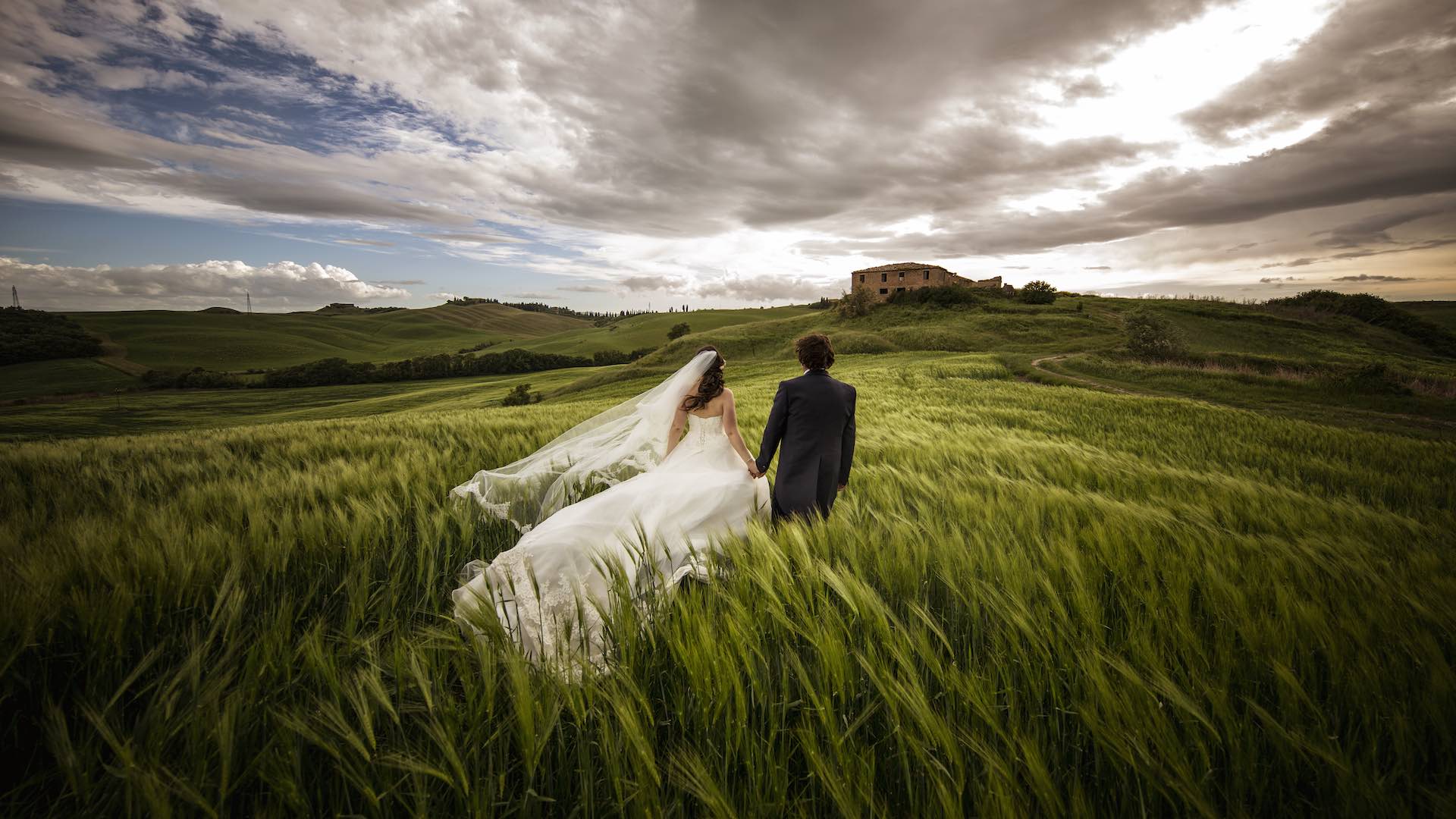 The Val di Merse is the authentic and precious heart of Tuscany, home to the medieval villages of Chiusdino, Monticiano, Murlo, Sovicille, Casole d’Elsa and Radicondoli, and the hamlets of Brenna, Orgia, Torri… Here people live their daily lives like islanders, perfectly integrated in an atmosphere that jealously preserves ancient traditions: a fascinating landscape characterised by limitless peace and quiet and dream roads ideal for cycling enthusiasts. Discovering the Val di Merse by bicycle is the best way to appreciate the natural and artistic treasures that this wonderful landscape has to offer. Important since the Middle Ages for of its many waterways and mills, it had become fundamental for the production of flour in Siena. Today the Val di Merse is almost entirely a nature reserve, perfect for a relaxing holiday in Tuscany. The Abbey of San Galgano is one of the most famous and sought-after places in the valley, with its famous ‘sword in the stone’. In historical and architectural terms, it is one of the most important religious buildings in the Sienese territory, providing one of the most authoritative examples of the Cistercian-Gothic style in Italy. In the centre of the Val di Merse is Monticiano, a village rich in history and charm, the first settlements of which date back to the end of the millennium; the village of Torri, which hosts a medieval castle, and Brenna, a tiny village on the bank of the Merse river. The Ponte della Pia is a medieval bridge near Rosia leading to the hermitage of Santa Lucia, located along the Via Massetana. 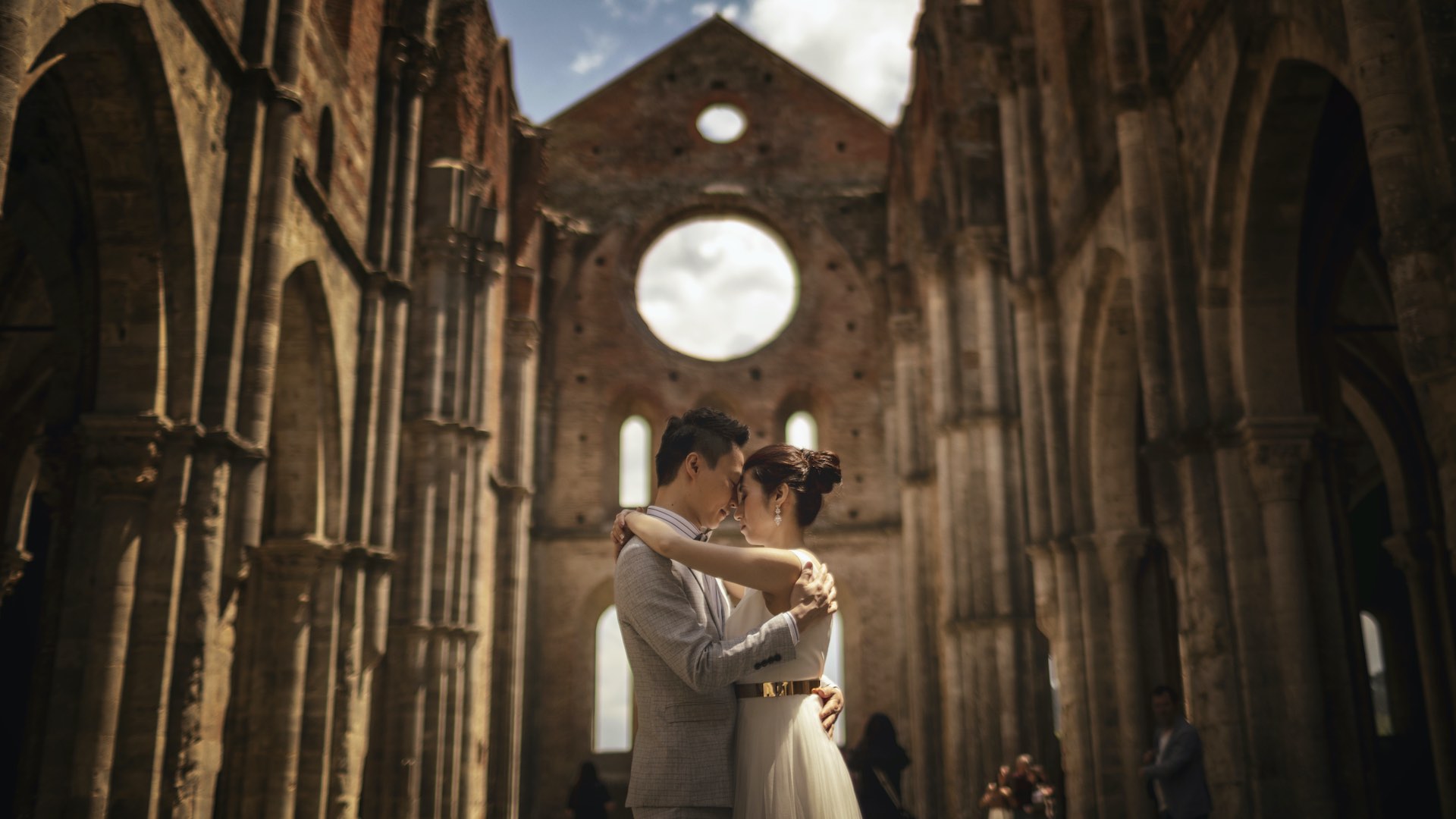 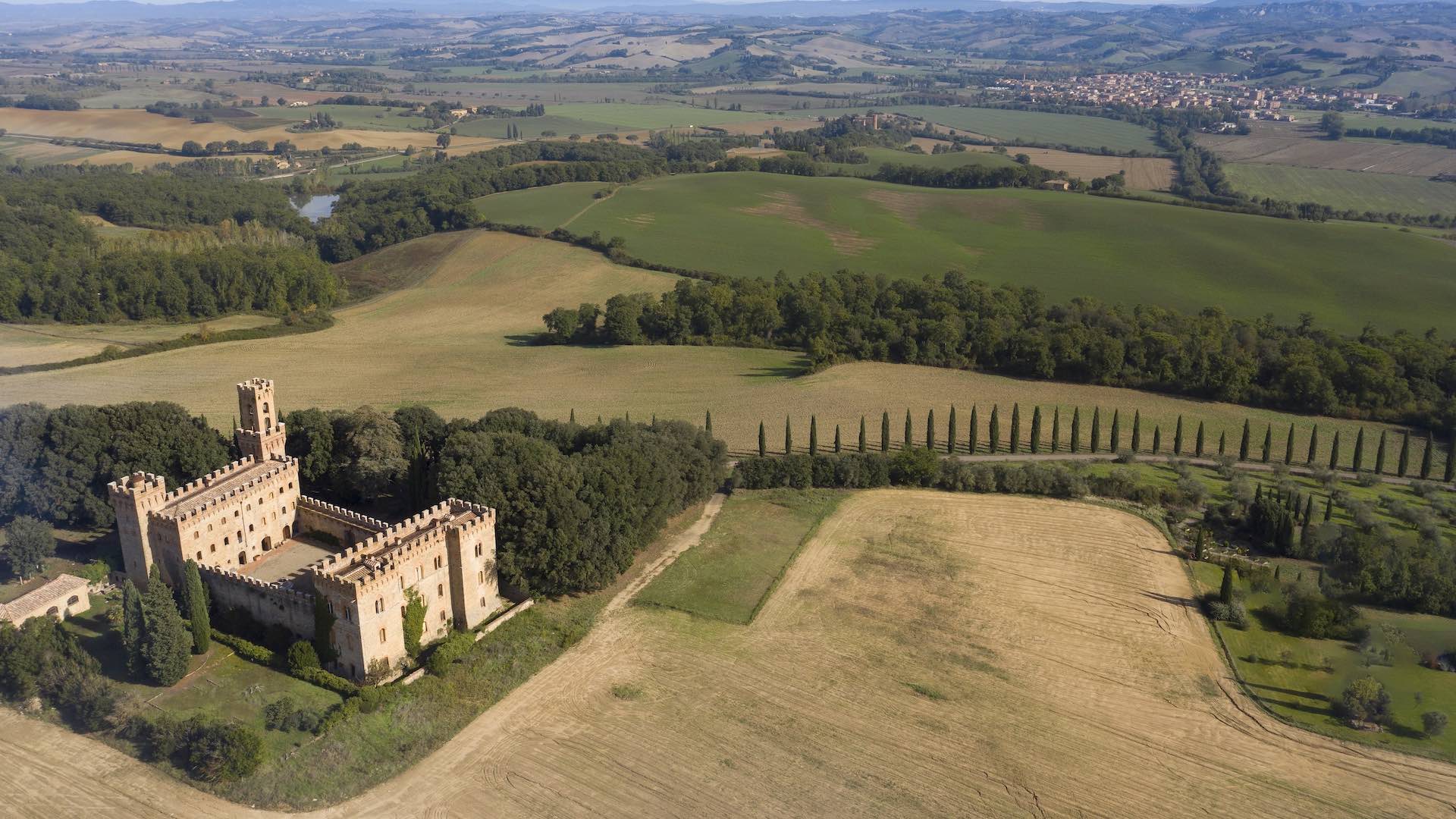 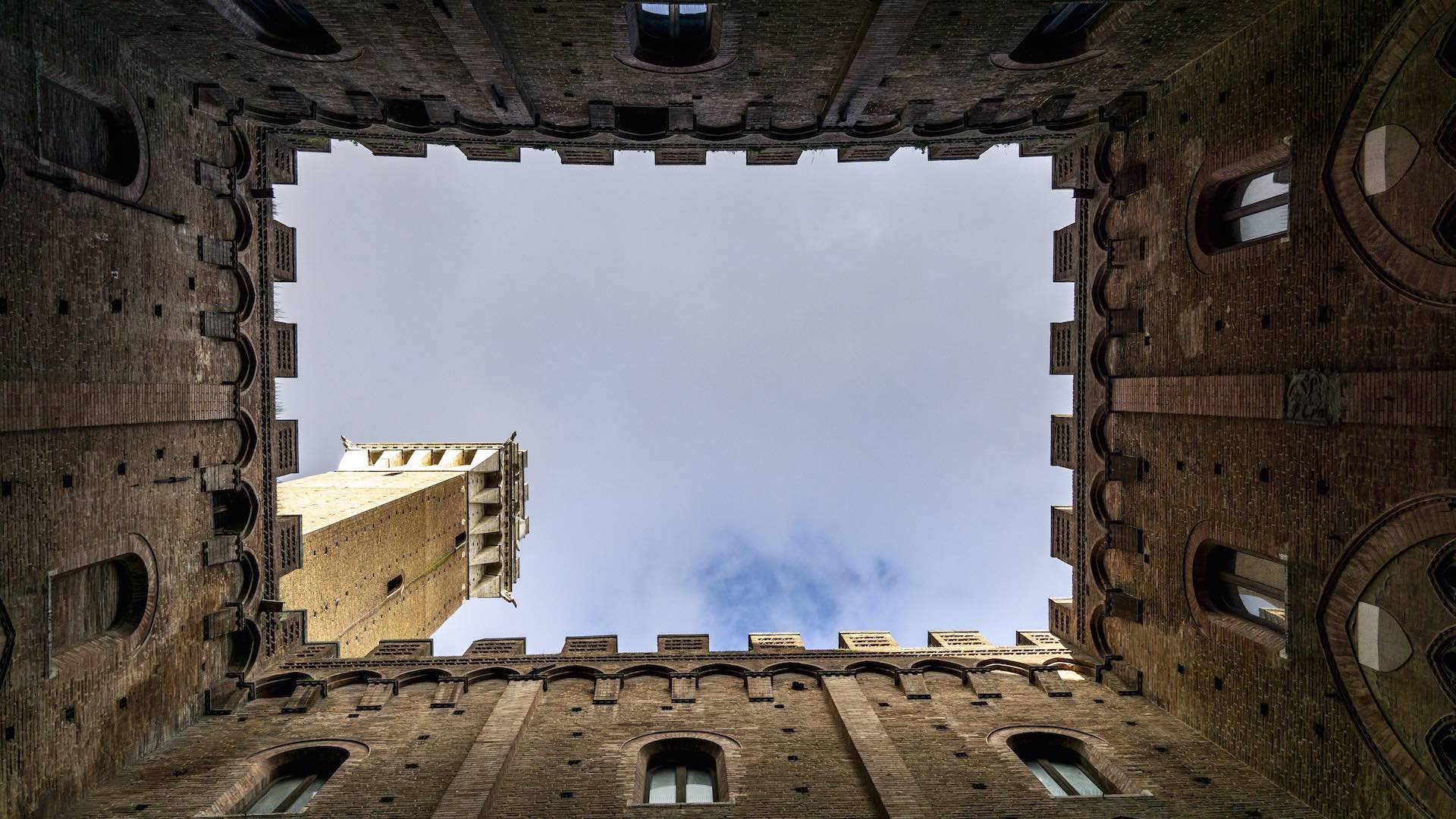 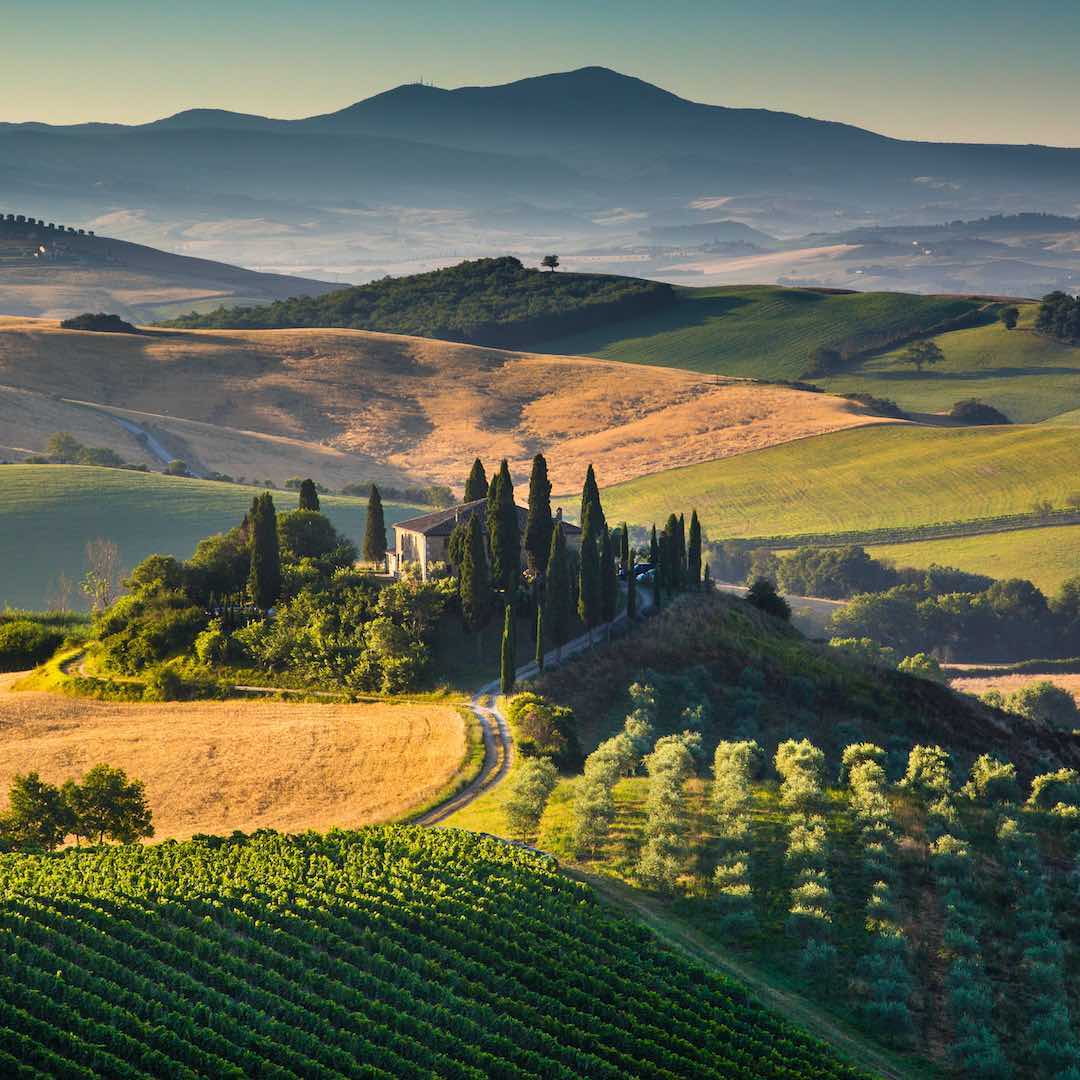